In future we will consider ourselves gods.  We will harness the power of genetic engineering, cast caution to the wind and forge the body beautiful into the idealized form of our icons.  Every woman will be born with Natalie Portman’s nose, Anne Hathaway’s eyes, and Angelina’s lips.  Baby boy’s will be tooled to look like Ben Affleck, Brad Pitt and David Beckham–all at the whim of affluent parents. Most diseases will be cured or prevented, selecting height will be like choosing whether you want your happy meal small, medium or large.  Eyesight will be perfect or better than perfect…depending on the size of the expectant parent’s bank accounts. Scientists will push limits, making specialized cells bend to their wills.  Ears will be shaped to catch sound better and move independently for directional hearing.  Some decisions were made without thinking about the repercussions, one of which was to augment the length and texture of the taste buds at the tip of the tongue. The idea was to fashion the tip of the tongue into a toothbrush of sorts.  The taste buds were lengthened to give reach between teeth and they were made harder, more bristly for better cleaning action.  The news of this augmentation spread like wildfire and the procedure became more prevalent than circumcision during the 20th century.  Like a wave, almost the entire first generation being born after the creation of the procedure underwent the augmentation.  It was a roaring success!  The first batch of children developed tongue-brushes just as devised and when their teeth came in…they stayed beautifully white.  The very act of brushing one’s teeth was immediately habit forming.  Like the need to push on a loose tooth, one just naturally ran their tongue along and between their teeth.  A toothpick was a thing of the past. These children grew to young adults, their teeth brilliantly white as they became sexually active.  Beautiful Jennifer Garners hooking up with handsome Brad Pitts–all with the smiles of Tom Cruise and Julia Roberts.  Then it happened.  The first young man decided to perform oral on his girl and instead of hearing moans of delight, howls of pain ensued.  Men quite enjoyed the sensation but women were horribly disillusioned.  A reversal of fortune ended up happening. Sons born to poor families, who couldn’t afford the augmentation, became quite popular with these well-to-do women.  In fact, to make sure these women were looking at the real deal, they began neglecting their oral hygiene.  Flashing a smile, with a mouth full of candy-corn-teeth was sure to get you laid.  Although these women tended to marry within their socio-economic standing and keep poor-boy lovers, there was an increase in young men marrying up,  They knew this advantage would only last the generation, as a fix was already being developed, so they married into affluent families and had children to cement their places.  It was the one time in history that a mouth full of rotten teeth was an advantage for finding a mate.

6 thoughts on “Candy-corn-teeth and genetic engineering” 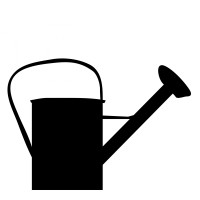